A US proposal for a minimum global corporate tax of at least 15% met with an enthusiastic response in Europe and brought the world closer to an agreement on profound changes in how multinationals pay and to which governments.

“This is really a big step forward,” said Federal Finance Minister Olaf Scholz when he came to a meeting with European counterparts in Lisbon a few minutes after his French counterpart had also offered a positive reaction. “We really have a chance this summer to get this deal and this agreement that we’ve been working on for so long.”

The latest pitch in the race for a deal between 139 countries is below the US’s previously proposed rate of 21% for its overseas business profits, a level some nations have found excessive. Before Joe Biden’s arrival at the White House, negotiations in the Organization for Economic Co-operation and Development were concentrated to a minimum of 12.5%.

“I would assume that they have had behind-the-scenes talks with key countries before putting this on the table and that they think there is a reasonable prospect of an agreement on a 15% rate,” said Lafayette “Chip” Harter, a senior policy Consultant at PricewaterhouseCoopers in Washington, which previously represented the US in OECD negotiations.

While obstacles remain, including a separate disagreement over how to treat digital giants like Facebook Inc. and Alphabet Inc.’s Google, the push by the Biden administration has changed the OECD negotiations, which have been bogged down in ever-growing layers for years, technical complexity, transatlantic dispute and trade tensions.

Moving closer to a deal increases the prospect of significantly higher bills for the largest global corporations. Last year, the OECD estimated that the global minimum tax, in addition to U.S. regulations, would increase government revenues by up to $ 100 billion a year – a number that would rise with a higher tax rate.

The recent US proposal for an interest rate of 15% is only half the story, as the question of a minimum level is one of two so-called pillars in the OECD negotiations. European countries have welcomed a separate Biden initiative on the sensitive issue of where companies should levy taxes, but discussions on this are ongoing.

Bruno Le Maire (left) speaks to Olaf Scholz in Lisbon on May 21st.

The US proposed a simpler, narrower scope and generated tax revenue from only the 100 or so largest multinational corporations. Officials in other countries aren’t sure if this covers all of the digital giants they want to target and there are special concerns that Amazon.com Inc may not get on the web.

According to research by Morgan Stanley, the US proposal on the first pillar could also significantly change the effective tax rates, especially for manufacturers of technology hardware and pharmaceutical companies.

“The key question is not the number, even if we can live with 15% – it can be a good compromise between the expectations of all members of the OECD,” said French Finance Minister Bruno Le Maire when he arrived at the Lisbon meeting. “The key question is to define a global framework for digital taxation and minimum taxation.”

The new US offer could continue to meet resistance from countries like Ireland, which has used low corporate taxes as a key strategy for economic development.

In a speech on Friday, Irish Finance Minister Paschal Donohoe said he would work constructively towards a deal. He added, however, that Ireland still had reservations about the investment impact and that the proposals under discussion could erode its treasury by 20% of current corporate tax revenues.

The minister too written down Ireland’s potential to disrupt an agreement as the global agreement would need to be underpinned by European Union unanimous directives.

“I believe that small countries, and Ireland is one of them, need to be able to use tax policy as a legitimate lever,” Donohoe said. “At the same time, I fully accept that there must be clear boundaries to ensure that all competition is fair and sustainable.”

Speaking to reporters in Tokyo, Japan’s Treasury Secretary Taro Aso said the US proposal was progress, although further talks were needed. He said he expected a move towards global agreements, including a digital tax, at the G-20 summer meeting, but final agreements might not come about until later in the year.

Yellen has spoken out in favor of ambitious efforts to end a global “race to the bottom” in corporate taxes. Such competition has undermined the revenues of governments that reached record levels of debt during the Covid-19 crisis. Your approach marked a turnaround on the part of the Trump administration and stimulated discussions between around 140 nations on the subject.

“It is imperative to work multilaterally to put an end to the pressures of corporate tax competition and the erosion of the corporate tax base,” the finance department said in a statement Thursday. “The Treasury Department underlined that 15% is a lower limit and that discussions should continue to be ambitious and increase that rate.” 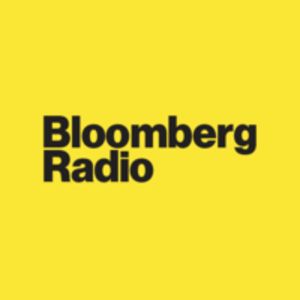 Your browser does not support the audio element.

Thursday’s proposal comes ahead of a group of seven finance chiefs meeting in London June 4-5, which will provide a forum for major developed nations to reach consensus.

The Biden administration also hopes to secure a comprehensive OECD agreement on a global minimum rate before the Democrats take up pressure from Congress to raise US corporate taxes. The White House has proposed a 28% domestic enterprise rate versus 21% to pay the president’s $ 4 trillion for longer-term economic programs.

((Updates with the Irish Secretary of the Treasury in paragraph 12)

Before it’s here, it’s in the Bloomberg Terminal.