BEACON FALLS — Torrington-based O&G Industries plans to move ahead with opening a data center in town while providing residents with significant tax relief.

The construction company’s subdivision CT Data Center is spearheading a project on four parcels that total about 47 acres and have an appraised value of about $846,000. The company has owned the land for more than 20 years in the area of ​​Gruber Road, Railroad Avenue and Lopus Road.

Town officials will hold a special town meeting Thursday at 7 pm at the Senior Center to seek residents’ approval of a resolution.

The Board of Selectmen unanimously approved the resolution Monday.

gov. Ned Lamont signed a bill into law that went into effect July 2021 for the state Department of Economic and Community Development to offer tax incentives for data center operators to locate their facilities in the state. This new initiative allows operators of data centers built in the state and who meet certain requirements to pay the municipality and skip sales, use and financial transaction taxes, CT Data Center manager Bill Corvo said.

“It’s as clean as you can get it, and then to make it even cleaner, we’re planning on capturing the back-end emissions so the (carbon dioxide) gets reused and sold into the marketplace,” Corvo said. “So it’ll end up in your Coca Cola or your beer … dry ice.” 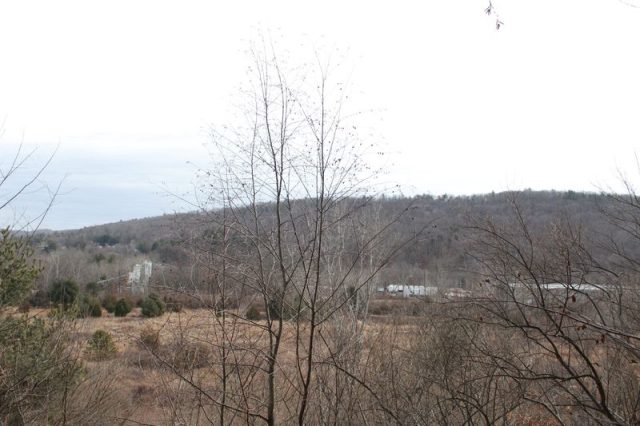 Vacant land owned by O&G Industries in between Gruber Road and Railroad Avenue can be seen Feb. 17. The company’s subdivision company, Data Center, is looking to develop a data center on the land. Andreas Yilma Republican-American

Through the host municipal fee agreement, the company would pay $1.5 million in the first year after issuance of the certificate of occupancy, $2 million in the second and $2.5 million in the third. After the third year, the fee would increase annually at a rate of 2% on the base payment of $2.5 million, which would result in an increase of $50,000. The increase would be compounded annually.

The final host municipality payment of $2.5 million applied to the current tax rate of 34.9 mills would decrease the rate to 30.27 mills, a drop of about 4 mills, Corvo noted. One mill equals $1 of tax for every $1,000 of assessed property value.

“In essence, once we get operational and the thing is filled, then we’re going to enjoy the benefits of the work we’re doing, but the town is also going to be enjoying the benefits,” he said. “Everybody in town will have a substantial reduction in their annual tax payment.”

O&G has been a great partner with the town for many years, First Selectman Gerard Smith said after the board meeting.

The town meeting also will address budget transfers that involve sludge processing for $95,000, an ambulance lease payoff for $129,000 and bonding projects for $24,699.

State tax breaks for 25 communities in Louisiana after Hurricane Ida. out there