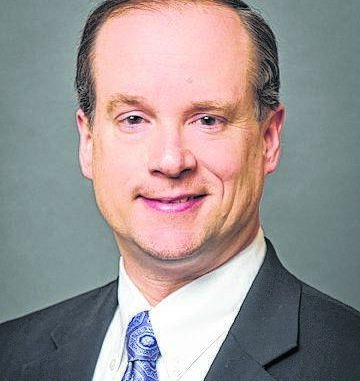 RALEIGH – The North Carolina state government faces fiscal year 2021/22 with nearly $ 5 billion in unexpected revenues and unencumbered savings. Even after critical deposits are made into the state’s Rainy Day Fund, the reserve for repairs and renovations of state buildings, and other accounts, enough money remains on the table to start a fight.

That said, both Democratic Governor Roy Cooper and the GOP-led General Assembly are proposing that the state spend most of the remaining surpluses on a combination of state programs, pay rises for public employees, and tax breaks. Unsurprisingly, they agree on the details.

In recent years the two sides have diverged so widely in terms of budget priorities that the North Carolina government has operated with no fully approved budgets. Lawmakers kept sending Cooper new budgets. He repeatedly vetoed her. Fortunately, the government did not close. It continued to operate below the previously established totals, with some updates included in the “mini-budgets” consensus.

I hope the 2021 session will be different, that Cooper and the General Assembly will eventually compromise. Given the unprecedented nature of the COVID-19 pandemic, the old budget allocations are clearly out of date. I don’t think mini-budgets will be a sufficient resource. Like it or not, North Carolina voters have reinstated a Democratic governor and a Republican legislature. It’s time to work out a deal.

However, a central sticking point in the negotiations will be the tax side. Cooper has proposed a $ 366 million package consisting of an Earned Income Tax Credit and a Child and Dependent Tax Credit. For its part, the Senate is reportedly considering a further cut in income taxes in the form of a lower rate (4.99% vs 5.25%) and an increase in the standard deduction. The total annual cost of the Senate proposal is estimated at $ 1.25 billion.

I am only speaking as a minor clerk, and I don’t think either of the two tax cut options is sufficiently responsive to the present moment. While I have advocated adding or expanding child tax credits in the past to compensate larger families for the loss of personal exemptions, the federal incentive law just passed by Congress already contains gigantic – and often fully refundable – tax credits for families in North Carolina.

A further quarter point in income tax cuts is a welcome relief for many households and will give a little boost to economic growth. But given the circumstances, I think there is a better lever: corporate tax.

Haven’t legislators cut the corporate rate many times over in North Carolina? Yes. Our state now has the lowest rate of any state taxing corporate income. This is good news because when it comes to making states more attractive to invest and create new jobs, the economic benefit of corporate tax cuts per dollar is likely greater than any other type of tax break.

After all, corporate taxation is inherently opaque and inefficient. It was invented as a detour to tax individuals at a time when direct taxation on personal income was either unconstitutional (at the federal level) or unusual.

Companies are just bundles of contracts. You are a tax collector, not a taxpayer. Indeed, corporate taxation means a combination of 1) reducing the return on investment for shareholders (who typically face double taxation of these streams of income), 2) lowering the wages of company employees, and 3) increasing consumer prices. There is some debate about the relative proportions, but a reasonable guess is that shareholders will pay no more than a third of the cost. The employee share can be up to 50%.

So here is my recommendation. North Carolina should phase out its corporate income tax completely over the next two years. The tax impact (around $ 900 million) would be less than the proposed income tax cuts, yet it would bring far-reaching benefits to employees and consumers.

Also, Congress and the Biden administration appear determined to raise federal corporate income taxes. Let’s redress some of the inevitable economic damage in our own state.

John Hood is a columnist for the Carolina Journal and the author of the upcoming novel Mountain Folk, a historical fantasy set during the American Revolution (MountainFolkBook.com).

The case for sustaining a aggressive corporate tax fee