GLobalization seems to be a cliché that has been around for some time. However, it is still very much alive as it is a phenomenon that is constantly evolving. Whether companies have already made investments or are making new investments overseas, tax laws are constantly changing in response to the evolving practices of globalization. This article sheds light on the most important tax concepts and considerations for South Korean investors making a foray abroad.

With globalization, international trade and investment are steadily increasing, as national borders are no longer obstacles to global transactions. Directly related to the increase in cross-border trade are international tax uncertainties that intertwine taxpayers with the government authorities in the investing and holding countries. In most cases, this leads to double taxation, i.e. the same income is taxed twice – even three times.

There are two measures to lower the effective tax rate: the states agree to reduce the tax burden through tax treaties, or decide to unilaterally grant relief through national laws. These two double taxation concepts should be considered by every investor in order to minimize taxes and maximize profits from their overseas investments. 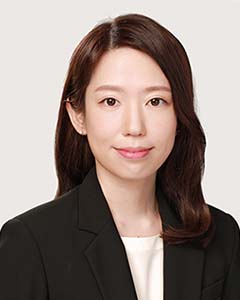 In the US, for example, passive income such as dividends or interest would be subject to a 30% withholding tax rate without the double taxation treaty. This rate can be reduced to 10% or 15% for dividends and 12% for interest under the tax treaty between South Korea and the US. One point to always keep in mind is that, like in South Korea, there will be tax compliance issues that need to be addressed. For example, tax forms must be submitted in order for the reduced tax treaty rates to apply. Such compliance can be quite time consuming and tedious. However, in order to benefit from the reduced tax rate, it is imperative that the correct forms are submitted to the withholding taxpayer before the income is paid out. Just because the double tax treaty prescribes a lower tax rate does not mean that the lower tax rate is automatically available. This type of compliance is important and applies to both strategic and financial investors.

(1) Many countries prescribe a debt-equity ratio for intercompany loans. South Korean investors should bring in capital in the form of debt and equity within the legally prescribed ratio so that the respective interest expense is fully deductible. South Korea, for example, has a debt-to-equity ratio of 2: 1;

(2) Refusal to pay interest in excess of 20-30% of earnings before interest, taxes, depreciation and amortization in countries that follow the Organization for Economic Co-operation and Development (OECD) Action Plan “Base Erosion and Profit Shifting” (BEPS) 4 have implemented; and

(3) Refusal to pay interest on hybrid financial instruments in countries that have implemented BEPS Action Plan 2 of the OECD.

In addition, if investors plan to take advantage of related party transactions, preliminary measures such as a transfer pricing study should be carried out to ensure that interest rates are in line with the market.

There will always be legal compliance issues that need to be addressed first, but tax planning should also be in place when investing overseas to ensure investors can maximize the return on their overseas investments. Finally, the authors would like to provide you with a simple checklist to keep in mind when making such outbound investments.

For strategic investors, preliminary tax planning provides a broad perspective to see how a particular investment fits into the investor’s global business and supply chain. South Korean investors should pay close attention to the effective tax rate when expanding their business overseas. Some important tax factors to be aware of are:

(2) Financing structure. To ensure that the interest expense can be fully utilized, for example in an M&A deal, using an acquisition debt allows the company to deduct interest expense and minimize the corporate tax burden;

(3) Global supply chain model. To understand the impact of the investment within global business operations; and

(4) Tax compliance. To minimize the risk of unnecessary penalties or fines.

These key tax drivers ultimately consist in seeing how an investment fits into the current global structure of the investor and what steps need to be taken to ensure that it is fully integrated.

Errors to keep away from throughout last-minute tax planning

Tax Tip: Think about a multi-pronged strategy to tax planning

Tax planning on the finish of the 12 months for shareholders of particular person shares and bonds! – troyrecord