Leader Adam Bandt said the measures would raise $ 338 billion over the next decade, which would help fund dental appointments and mental health support, as well as increase the rate of job seekers.

Elements of the policy reflect the controversial Labor mining tax, passed in 2012 but later repealed by then Prime Minister Tony Abbott.

The group’s super profit tax of the Greens is the party’s attempt to stake out political terrain before the upcoming general election, which is expected to take place next year.

However, there are many pieces of the political puzzle that need to fit together for it to become a reality.

“While everyone else has suffered from the pandemic, multi-billion dollar companies have acted like bandits and profits are at record highs,” he said.

“A ‘tycoon tax’ is essential because there is a great deal of wealth in this country, but it is hoarded by the greedy few.”

According to the proposal, a company with sales in excess of $ 100 million would be charged 40 percent corporate income tax on super profits.

The new tax would be payable on a company’s net sales after deducting income tax and a “fair return to shareholders”.

Independent economist Saul Eslake explained how it could work.

“In fact, they say that any company that generates profits that represent a return of more than 6 percent or something like this to shareholders after paying normal corporate tax should pay an additional 40 percent of those profits – surpluses called to the government as tax”, he said.

Mr Eslake argued that the corporate tax rate in Australia is already higher than in many other countries.

“Of the roughly 38 member countries of the OECD, only Portugal and Colombia, both of which are not particularly developed, have higher statutory corporate tax rates than Australia,” he said.

“In fact, Australia derives a greater proportion of its total tax revenue from corporate taxes than most other so-called Western economies.

“The arguments for Australia to do more in this regard are, in my opinion, not very convincing.”

Tax bills issued to mining companies would be assessed on a project-by-project basis, as recommended in Ken Henry’s review commissioned by the former Labor government.

In 2012, after years of negotiations and lobbying, it led to the introduction of the mining tax.

This tax was lifted two years later by the coalition government.

However, Mr Bandt is confident that there is still support among the opposition to reintroduce such a tax.

“I think the case for a super-profit tax on these multi-billion dollar companies, as originally proposed by Kevin Rudd, will only grow,” he said.

The policy would bring in $ 338 billion over a decade, according to estimates by the parliamentary budget bureau.

The ATO’s annual tax statistics show how many wealthy Australians contributed nothing to the government in 2018-19, where the richest and poorest in the country live and what type of work they do.

Mr Bandt said he wanted the money to be spent on affordable housing, the job seeker rate raised, and Medicare funding increased.

“It will do a lot to reduce the pressure on people in everyday life and make life better for all of us.

“And if the billionaires and big corporations had to pay their fair share and have to pay a little more for it, I think most people would agree.”

Take from the past and look to the future

The COVID-19 pandemic has almost sidelined opposition and smaller parties that have struggled for the past 18 months because they couldn’t offer serious alternatives to what the government has provided.

Today’s announcement is an attempt by the Greens to grab public attention and put pressure on Labor to think about how it will fund essential services like Medicare in the future.

“We are putting a very clear and courageous plan on the table that will help people,” said Bandt.

But the implementation of the policy depends on several elements coming into effect, including the minority government, which Labor wins. 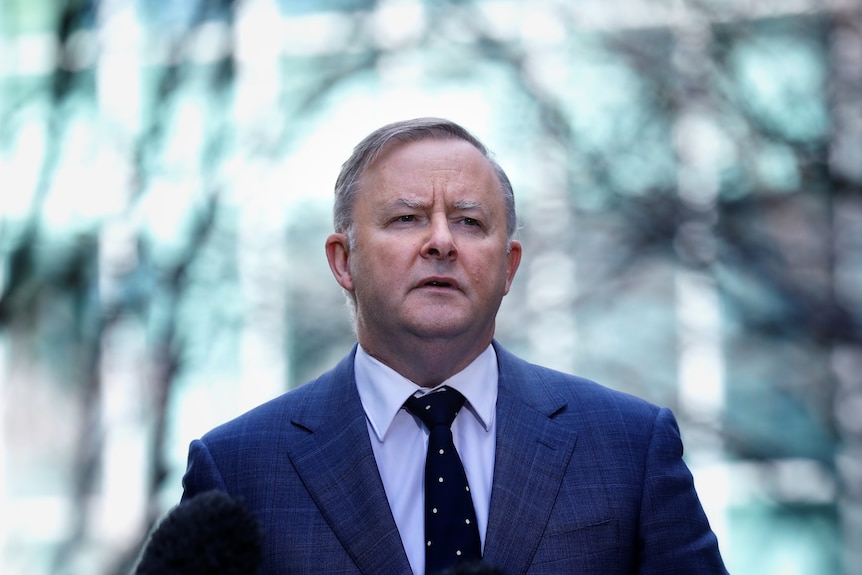 Although the Greens hope they can maintain the balance of power after the next general election, ABC’s election analyst says polls currently suggest Labor could win the majority government. (

Mr Bandt hopes the Greens will get additional seats in the lower house, which will give them more leverage in shaping the political narrative.

“I am optimistic that ideas like this can become a reality if the Greens get into the balance of power in the next election,” he said.

ABC election analyst Antony Green said at the time it didn’t look like Labor needed the Greens in the House of Commons.

“Right now the polls have swung pretty much in favor of the Labor Party. You will win the election based on the last polls, but the latest polls will not be the result of the next election, there is a “It will be a long time before people vote,” he said.

Numbers aside, the opposition is unlikely to support such a proposal before an election, while some within the ALP believe the policy is worth considering.

The Labor Party is all too aware of the deep pockets of mining and big business interests that could fund a campaign against the move.

Opposition leader Anthony Albanese is unlikely to want to rock the boat in a tight election campaign.

However, for Labor candidates fighting for seats where the Greens stand a chance of victory, the question could become a difficult one.

A minimal corporate tax fee would cut back Alberta’s benefit, says an skilled